News from The English Academy, Kuwait - one of the pilot schools for the IGC Award

May I begin by introducing myself. My name is Balwinder and I am currently running the IGCA at The English Academy, Kuwait.
Students at TEA are thoroughly enjoying participating in the IGCA and are appreciating the knowledge they are gaining. We have helped a local university break a Guinness World record of most clothes collected by a nation through running a clothes drive in school, created art and useful items from recycled products, plan improvements for Shanty Towns through…
Continue

The IGC Award group at

blogs about its activities at:

Find out about it in the forums:

Five students completed the bronze Award in the first year of the Award at the Jakarta International School. Sending the Award plaques to Indonesia was going to be an expensive business – benefiting the courier company more than the artisans in Burkina Faso making the plaques. Julie Pyburn reports “I wrote to you last May about sourcing a local memento and making a donation to a local charity.  I followed through with this,…

“We started the year exploring the notions of being International Global Citizens. Students researched different definitions of the words international, global and citizen, then…

The five Gr. 12 students who completed their Bonze Level in March, received their awards and certificates on their Graduation day in April.

It was certainly a memorable moment for all of us.

The Gr.11 students have already signed up for the Silver level and have had a brilliant & wonderful experience where ‘understanding other cultures & outlooks’ go, when a group of 20 students & faculty visited Pathways from Mt. Madonna School, in…

Mona Sharma reports on a list of activities that took place in the first semester.

- Independence Day Celebration- after the formal flag-hoisting and cultural celebrations, a Sports Day was organized for our Support Staff which was largely run by the students and greatly appreciated by the Support Staff.

- Peace Week – to celebrate the International Day of Peace(21st Sept) -this constituted assemblies, debates and presentations by students on PEACE and…

Over 350 awards this year – quite an increase on last year and exciting that there are the  first awards in India and Hong Kong.

Many congratulations to recipients and to all who have helped them on their global citizen journeys.

It would be great to get some feedback on the Award to help it improve and move forwards.

Below is a link to an online survey on the IGC Award.

Please feel free to invite any member of staff involved with the Award in your school, and other mentors (e.g. parents who may act as mentors) to complete the survey at:

The survey asks for open-ended responses, and some questions…

Where do the Award plaques come from?

Now we are in the award season you may like to look at a brief video clip of the craftsmen at the 'Co-operative Wend La Mita' in Ouagadougou, Burkina Faso who make the Award plaques – at http://www.youtube.com/watch?v=2gNss9JCKBw (This has a French commentary).

Wend La Mita translates to "God Understands" in the More…

The IGCA team of mentors and participants at the Academia Británica Cuscatleca in El Salvador have been blogging about the various activities they have been taking part in. You can view this at http://igcaabc.blogspot.com/

It's great that Peter has started a discussion on sharing resources.

However, I've found a difficulty. In replying to the initial discussion, it's diffiicult to incloude hyperlinks. So I'm adding information about some resources but as new discussions.

Perhaps I haven't fathomed how to use Ning propoerly. If anyone can help on this, then please do!

Reflections on the Award from Mariela, El Salvador

Mariela has just finished grade 9 in her school in El Salvador. Below is her final relfection on her participation in the Award.

Teaching about the Haiti earthquake at The English Academy

Award participants at ABC are recording their activities at a blog. Read them at:


We have two teachers who are sharing the coordination - Walter Arevalo and Carmen Villalta. Walter already runs what we call the Guardians of the Environment which is really taking off in the school. We have appointed two grade 11 and two grade 12 students as our Student IGCA Leaders (they will also do the Bronze Award). Two of them are working with Carmen mainly focussing on the Cultural Awareness Strand and on Raising the quality of reflections. The… Continue

"The award has reinforced my awareness towards my community through the projects and activities which I have taken part in, and participating in the award's programme has reflected on me positively; as in the Habitat for Humanity we have built houses for the poor or repaired them, this has opened my eyes to my surroundings and the… Continue

In October of 2007, Randy Stevens, Head of School, approached me about inviting girls in the sophomore class to participate in the International Global Citizen Award. As the class advisor for this group of 44 girls, I was responsible for explaining and introducing the students to the program and soliciting their participation. Upon the recommendations of several of the students’ teachers, seven girls were invited and agreed to participate.

At Sha Tin College, Hong Kong, China, the IGC Award participants are members of the school’s Environment Action Group which is working to make the school a more sustainable place. These notes from Glenis Paul for January 2008 indicate how busy they have been!

Just thought that I would summarize what has been happening during the last 4 weeks and outline some of our future projects.

Changes to the… Continue 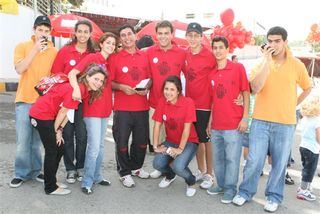 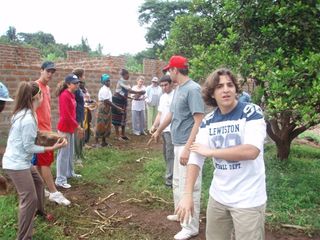 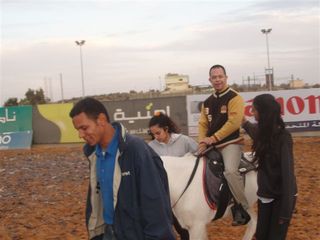 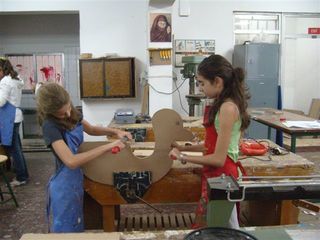 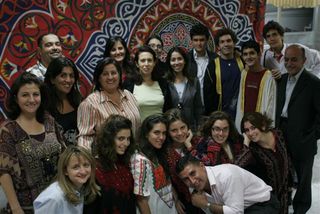 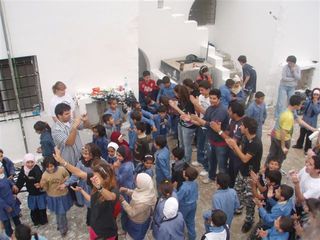 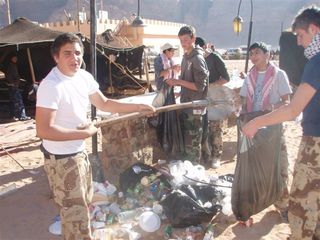 IGC IGC Award participants at Amman Baccalaureate School are engaged in lots of activities as part of the school's regular activities programme. These all form part of their requirements for… Continue